In Costa Rica, where there is no ‘official’ statistical database for the real estate industry, assessing the numerics of house prices and real sales stats is tenuous at best, however with a strong network real estate agency and organization connections and with the assistance of surveys and polls from media companies the trend is clear.

We are fortunate to have on staff, Jeff Fisher of CR Beach; Jeff is a 15 year real estate veteran who has lived in Costa Rica for 20 years. Mr. Fisher gave Jaco Beach a C+ grade for the year which represents a “slightly better than average” score for the year.

Higher median housing prices in North America are now driving buyer interested in luxury real estate, particularly for ocean view, beachfront, and near beach properties. The property market in Costa Rica is very dependent on the economy of North America (USA and Canada). For example in Canada at the mid-year point in 2015 the average home was $439,144.00 CDN so real estate value comparisons in Costa Rica are very enticing.

Gross rental yields in many parts of Costa Rica are moderately good in 2015, ranging from 6% to 8%.

In July 2015, the average interest rate on colon denominated housing financing stood at 12.9%, slightly up from 12.61% from a year earlier.

The average interest rate on U.S. dollar denominated housing loans sat at 8.21% in July 2015, which was down from 8.47% for the same period the previous year.

Foreign arrivals are an important factor in Costa Rica’s real estate industry as travel is a pre-curser to property sales. According to the Costa Rican Tourism Board, for the first half of 2015, foreign arrivals to Costa Rica increased 4.4% over the same period in 2014, for a total of 987,800 visitors. Tourism revenues are expected to reach approximately $1 billion USD in 2015, up by $160 million USD from 2014. Tourist arrivals averaged 2.3 million+ people from 2010 to 2014. North Americans make up over 60% of all foreign arrivals in Costa Rica every year.

Jaco real estate started to see an uptick in 2013 emerging from the global economic slowdown with a large inventory of bear market, bottom of the barrel prices. Since then prices have edged up only slightly and the inventories have remain quite high. Jaco Beach real estate is still a buyers market with an excellent selection of property opportunities for those savvy investors still capitalizing on a large a number of post-crunch properties in distress.

The real estate market in Jaco Beach has been getting more publicity over the past year from new resorts and developments that have just come online. These developments such as the new Croc’s Casino Resort have put on media marketing blitz’s that has helped to showcase Jaco Beach as a destination of choice for real estate investment.

Overall the Costa Rica real estate market has seen a slight uptick for 2015 and the Central Pacific coast remains one of Costa Rica’s most active regions.

If you would more information on Jaco real estate contact us directly: 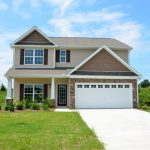